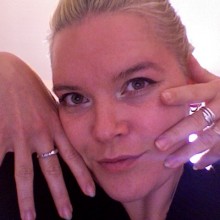 Lou’s life in the Netherlands was always filled with play, both in school and in youth theatre. When she moved to Ireland in 2004, she further developed her love for theatre by training as a Dramatherapist. Through Playback and singing, Lou has found a vehicle to express her creative energy. Lou completed the Core Training and has done several training courses with the UK School of Playback in 2014 as preparation to her Leadership. She continues to visit and meet her Playback Colleagues all over the world, and invites anyone to come and play, teach, and learn. 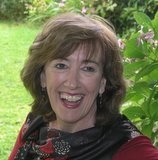 Sheila O’Keeffe is a founding member of the company. Sheila has made an enriching contribution to Company Life. She has performed as an Actor and Conductor, and co-led the company from 2008 to 2009. Sheila spent 30 years as an Art and Drama teacher. In 2006 she qualified as a Psychodramatist. Although relocating in 2009, Sheila’s unwavering commitment to the company continues monthly. She has participated in a number of Playback Module Trainings. Sheila attended the ‘Encounters at The Crossroads’ workshop run by Jonathan Fox in February 2010, and was a participant in the 2010 Lithuania Playback Project, involving Playback actors from Ireland, England and Lithuania. 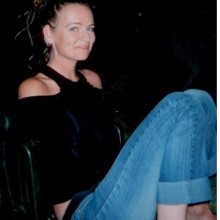 Lisa has been a member of Full Circle since 2006 and has completed the Core Training and ‘Dramaturgy of Story’ modules of Playback Theatre. Since Lisa qualified as a social care worker in 2001, she has worked in a variety of settings including youth services, homelessness, and mental health. She completed her training in Drama Therapy in 2008. Lisa’s interest in Playback Theatre stems from its potential to connect and empower audiences and its ability to challenge and stimulate the actors through engaging ourselves physically, emotionally, and creatively. 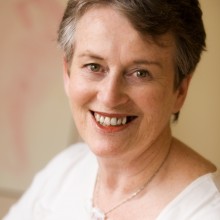 Colette Duggan graduated with a Diploma in Social Science and is a practicing Counsellor and Psychotherapist. She is passionate about the creative means of expression and is regularly seen in drumming circles. She is also an artist and has had several exhibitions. Currently she has a private practice and facilitates groups in chanting, meditation and self care. She also teaches communication skills which is influenced by the work of Marshall Rosenberg on Non-Violent Communication. Colette has done the Core Training in 2010 and has a strong interest in the role of Playback Musician. 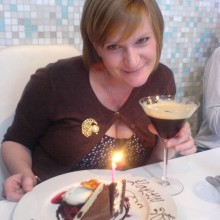 Hannah got her Degree in Performing Arts in London, after which she moved to Ireland where she worked in the theatre industry for several years. Since then she has completed a Masters in Dramatherapy and now uses drama within her work with the community. She has been with Full Circle for four years and enjoys the sharing of experiences that is involved with Playback. In 2010 she completed her Core Training. Hannah’s clarinet sometimes accompanies her to performances, where it frames the atmosphere of the stories beautifully. 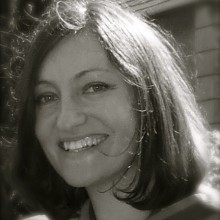 Mary has been involved with theatre for twenty years. She trained as an actress in London and in Dublin from 1990-1992 and worked in professional Theatre, Film and Radio for a number of years. During this time she was creative director of Tikity Boo!, a children’s theatre company, in which she wrote, directed, acted and facilitated theatre productions and drama workshops. From 1998-1990 she studied Drama as part of her BA in UCD. During this time she worked extensively as a drama facilitator and used drama as a personal development tool. This led her to an MA in Dramatherapy and she now works as a Dramatherapist with adults in mental health and adolescents with Dyspraxia. 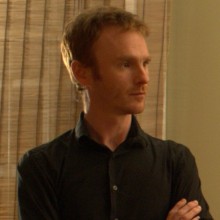 Eoin has been actively interested in theatre since participating in the University Drama Society. Since then he has been active in amateur and professional companies’ productions for over 10 years. He is especially interested in physical theatre. He also enjoys singing and playing guitar, which he utilises when he adopts the role of musician. He completed the Core Training in 2010. 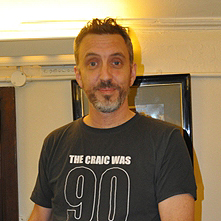 Niall caught the bug for theatre in the early 90’s with UCD Dramsoc. From 2002 to 2009 he was a regular cast or crew member in nearly every Beehive Theatre production in Dingle, Co. Kerry. Niall joined Full Circle in 2009 and undertook the Core Training in 2010. Since then he has performed regularly with Full Circle. Niall completed a Certificate in Directing for Theatre with NUI Maynooth in 2012. He is a co-founder of Creaking Door Theatre Company, for whom he directed ‘Someone Who’ll Watch Over Me’ by Frank McGuinness in 2013. Niall currently works for Focus Ireland in a residential Aftercare Service. 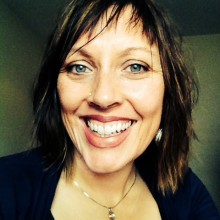 Lisa Markham is a member of Full Circle since September 2006, leading the company from 2010 until 2015. Lisa trained in Psychology and Dramatherapy. Lisa completed Core Training and conductors training in Playback in 2007 & 2010 respectively. She is interested in the application of voice, movement and dance as therapeutic tools. Lisa participated in the training ‘Interplay of Psychodrama and Playback Theatre and is attentive to the compliment of both approaches in the holding and honoring of the teller’s moments and stories. Developing the Application of Playback within therapeutic contexts inspires and motivates Lisa in her role as a playback player. 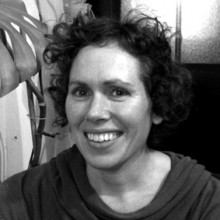 Helen Blackhurst is a member of Full Circle since 2005, and has co-led the compnay with Lisa and Sheila in 2008, and with Lisa between 2009 and 2010. She is a writer and Dramatherapist, and completed Core Training in 2007. Helen attended the ‘Encounters at The Crossroads’ workshop run by Jonathan Fox in February 2010, and was a participant in the 2010 Lithuania Playback Project, involving Playback actors from Ireland, England and Lithuania. Helen is interested in exploring Playback Theatre’s potential to reach minority communities and effect positive change.